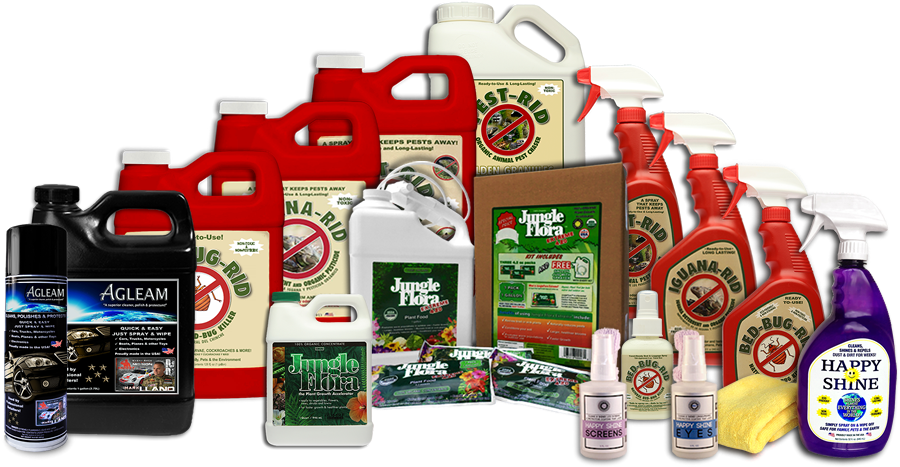 “I’m a happy camper living in CHS,SC. We moved into a new home some 3 years ago, and had a real problem with multiplying Tree-Frogs(Spring-Fall) moving into the back of our porch shutters. They made  real mess; both noise and droppings(frequent).

I begin asking around and nobody cold advise me on a solution to this problem. Further I was advised they “do-Good eating small insects”. Fine w/ me, but I prefer to have them disappear than repainting the shutters and front of my home annually.

I decided to find a solution; and tried about 6 different products that sounded promising from label information. NONE of these helped in my problem, but I was relentless. Finally I tried Pest-Rid. After the first application I saw an improvement, and after the second(a week apart), they were GONE. I could not believe that an organic product would work the way this one did. I spread the answer to several of my neighbors, and they had similar experiences.

We still have a lot of tree frogs (especially in hot and rainy weather, but they are now making their mess and noise outside, primarily in vacant woods lots.”

” I want to Thank You for manufacturing a product that does what it says, I had a terrible gecko problem in the bathroom of my guest house. I think they liked it in there because it was so dark and used very little. I tried everything, moth balls, glue tarps, even chlorine tablets and granules to no avail. When guests would come I would clean all of the droppings up and the geckos would disappear until the guests left and then they would come right back in about a day. I e-mailed you and you suggested the Iguana-Rid. I purchased it and received it in just a few days. I gave the bathroom a thorough cleaning and emptied all of the linen closets out on 7/20/15. I sprayed the Iguana-Rid in all of the closets, on the countertops and under the bath sinks. I also sprayed in the bedroom and living areas even though I had no observed any signs of geckos in those areas. It has now been a week and there is no evidence of any gecko activity anywhere. In the past, the bath countertops would have been covered in gecko droppings in the same time period. Now if guests drop in unexpectedly, I won’t have to rush out there and give a cleaning before they see the mess. Thanks again for a great product!”

“IT WORKS! I began having Iguanas visiting my pool deck and my wife went wild. I managed to kill one, but, another appeared a few days afterward. I bought Iguana Rid from Home Depot and sprayed liberally. No Iguanas for two months. I get another visit and sprayed again. No visits so far. I love your product. IT WORKS! Happy Wife too!” 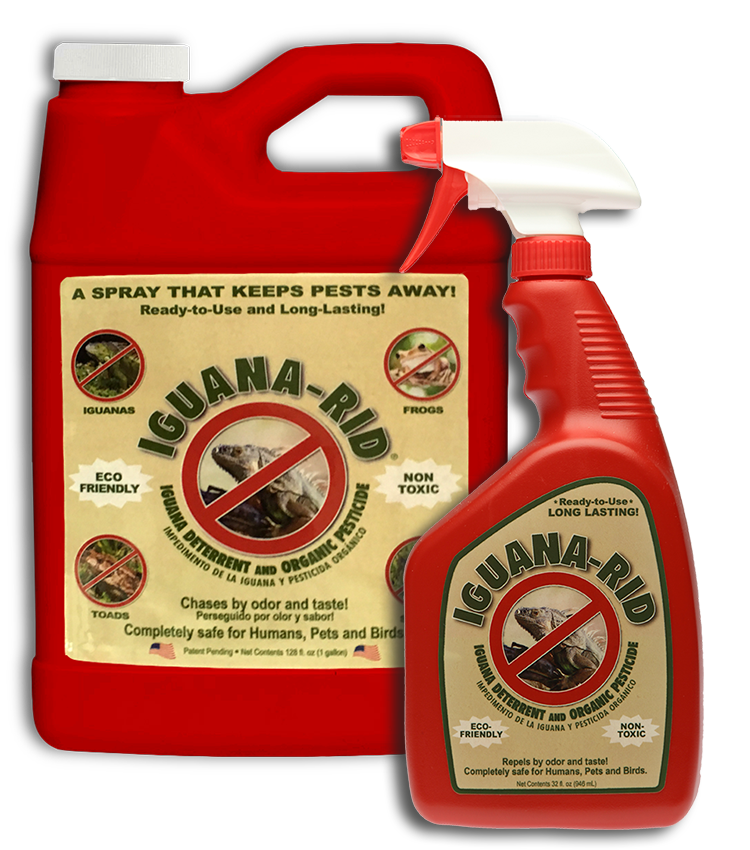 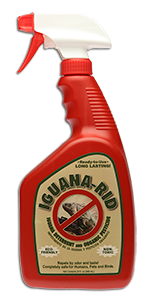 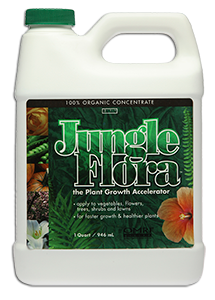 Currently, most animal and garden pest deterrents consist of chemicals both toxic and detrimental to the eco-system.  Pest Rid Products manufactures and distributes effective products which are derived from natural ingredients, are non-toxic, and eco-friendly. Iguana-Rid/Pest-Rid deters animal pests by smell and taste. While it does not harm any animals, it causes them to leave the areas where product is applied. Bed-Bug-Rid kills bed bugs on contact, as well as eggs and larvae, cockroaches, ants, and more… but is still safe for you, your family, and your pets.

Jungle Flora, a recent addition to the line, is an organic, fermented plant growth accelerator used in commercial farming, agriculture, and horticulture in Europe and many other parts of the world.  This fermented living product produced in Australia is a superior growth accelerator for everything that grows. It has applications for flowers, shrubs, trees, lawns, fruits, and vegetables, as well as golf courses, and large scale organic farming. It is being used successfully in many countries and is now available through Iguana-Rid, LLC, the makers of Pest Rid Products.

LEARN MORE ABOUT OUR NATURAL PRODUCTS